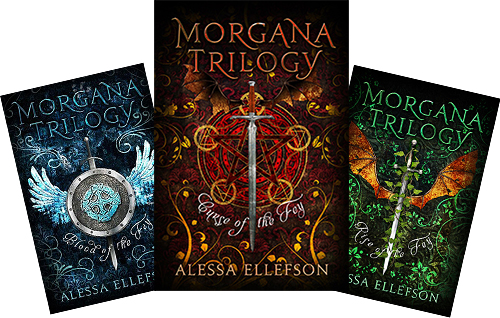 The Morgana Trilogy
The thrilling conclusion is now available!

Curse of the Fey

The end is coming.

Or rather, it's already here.

Despite Morgan's best efforts, things have been spiraling out of control since the day she set foot in Lake High. The war for survival between humans and Fey, already exacerbated by the appearance of the Dark Sidhe Mordred, has become full blown with the release of the evil sorceress Carman.

Not only have Carman's forces managed to take over Lake High, but Mordred has succeeded in opening the Gates to Hell. Worse, in an attempt to divert attention away from him, Morgan may also have killed Arthur—the single person who ever trusted her from the very beginning. The only way for her to atone is to figure out Carman's ultimate plan and put an end to it before the witch can make her final move. But first, Morgan must learn to believe in herself and in others...

And find a way to get out of this hellhole, too.

Read more about the books